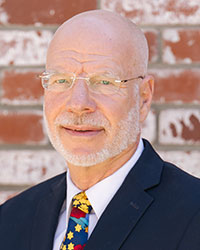 Arend started his career in Philips’s research labs in Europe (1983). He ended up being responsible for 1 BLN $ revenue for Philips high technology products in North America. He then left Philips to become CEO for a wireless technology company Diablo Research in Silicon Valley (1998), which after a successful turnaround, was acquired by Cadence, a public listed company (1999).

He continued working in technology companies and as an investment banker with VFinance was the principal banker on several transactions. He also was involved in the assessment of several business plans for Draper Fisher Jurvetson, a major venture capital group. As a result, Arend was appointed CEO of the Cluster Competitiveness Group (2006), a Barcelona-based International Consulting Company focused on economic development. Following that, he became CEO of BHOLD (2010), a software company in The Netherlands, and after a turnaround, he oversaw the acquisition of that software by Microsoft. He then co-founded and became CEO of a next-generation Identity and Access Management software company IDdriven (2013) and listed it as a public company on the OTC market in the USA.

During his career, Arend has traveled extensively both in Europe and Asia. Arend is a very hands-on person and enjoys working on his RV and cars.

Arend has a master’s in Mechanical Engineering and Metallurgy from the Technical University in Twente, The Netherlands, and an MBA from the William E Simon School of business administration at the University of Rochester, in Rochester, NY.

Find Our Our Rates